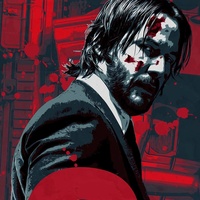 Message reputation : 100% (1 vote)
- Player: Is there a plan to just bump up the server to 3.9 because the past couple weeks the server has been dying fast.
Answer: We are already checking the 3.9 files to move on we are just taking a little more time because we want to do more fixes here on 2.7 because with 3.9 new stuff will come also new bugs.

- Player: Is the lag issue fixed?
Answer: The lag issue is related to Queue system and Dredgion system. Seems that the previous developers just create half of this system that's why we are now dealing with this and making fixes everyday.

- Player: Why don't disable Dredgion or rollback the Queue "fix"?
Answer: Because if we do that we won't be able to fix the issue. This system have to be tested in a live server with people playing. If we disable this systems or rollback the queue fix we will never be able to fix it. Everyday we are making more fixes for this so hopefully soon this nightmare will end.

- Player: I would ask tho if you were to move onto 3.x would you lock certain content until it is fixed say dlr and other content that can be abused due to mob pathfinding not being  in the game?
Answer: Lock content will be a little hard and more work to do for now. Soon we will be working on Pathfinding issue and whole Geodata.

- Player: Can we get an instance based event for BTHM,ESO,UT+lower. for event rewards to get ppl to start running dungeons now?
Answer: I can think about a Event that can be related for sure.

- Player: How do you not test fixes before putting them out? for some days now people get extreme lag then disconnect.
Answer: There is some mechanics in this game that can be only tested with a good amount of players not with only 2 developers. We can't test Dredgions that required 6 players for each group with 2 people.

- Player: What is the meaning of life?
Answer: I have no idea my friend. All i can tell you is have fun while you're here.

- Player: I think moving to a later patch is a good idea, but I don’t think it’s a good idea right now. There’s so many bugs that still need to get fixed. They should focus on that while giving some nice events to keep the players interested.
Answer: Wasn't a question but i like it.

- Player: Can we get a FAQ like this one every week?
Answer: Yes no problem.

- Player: We saw drop rate increase for "Execration of Wrath" will we see the same for the other two as well, "Execration of Pleasure" and "Execration of Terror" since they also really important for some other craft? Second one : With platinum medals added to Esso, will it be made two for each member of the group instead of two the the whole group? (I believe this will help players a lot as well as new players), Third:  Drop rate for BT and Debilkarim have been increase, will we see the same for Aurati? Fourth: Is there any plan to get new players to the server and maybe help them get our of Coin gear faster? for the health of the population. Five : The double arena ticket was a great Idea, will it come back and maybe more often? Six: Will we see the Ascenssion Energy Event again? (This was a good idea just for having players be online)
Answer: So far no drop increase for the 2 items now they are dropping just fine. Platinum Medals will be a roll thing as should be, just for now. We already have increased Anurati drop rate. Players now when level up receive coins through the surveys. When the Arena Rampage event come back again yes, for now tickets are droping in Tiamaranta Eye. Soon we will see a event like Ascension Energy again yes.

Lycidas: We fixed the Fortress Gates that was a big issue, after 2k code lines and 2 - 3 days of work our Dev manage to fix it. With 2 to 4 days a small group  of players can make more than 10 to 15 Advanced Siege Weapons, why you guys don't do that? Both factions could easily do this. Asmodian faction have people and power, just need a leader to do it. Elyos would never ever expect an attack on their Inggison Fortress and neither Asmodians on Gelkmaros Fortress.

Lycidas: People always want a good server, with a good administration that care about the game and community with a old version. Now you guys have it. Aion is not that hard to fix but is not easy either. For what i see seems that players want to join the game to have an old experience, nostalgia but after 3 days all they want is a full endgame gear and a farm spot.  Aion have so many things to do even on 2.0 - 2.7. Go to ESO, BT, UDAS, Craft, Farm craft items, PVP, Arenas, Dredgion, we have the Tiamaranta Eye for you guys, PVP through Rifts, Silentera Canyon you name it... Seems that people want to play the game but another game not Aion.

Lycidas: I'm sorry but when people say "server is dying, server dead" what you guys think new players will think about it? I'm here everyday 10 to 15 hours. I go to the super market and come back home, work on the server all day that's basically my routine. So i'm here working all day, if we have 10 to 20 players the server will be here online with daily fixes, the server have the doors opened to who wants to leave and who wants to join, everyone is welcome here.

Next Monday 06/29 we will have a new Siege Schedule
Next Saturday 07/04 and for the next Divine Sieges the Fortress will turn BALAUR before the Siege. So both races will have to fight for it every week.